Deprecated: Function create_function() is deprecated in /mnt/stor7-wc2-dfw1/538952/783402/www.cannabismaven.com/web/content/wp-content/plugins/simply-instagram/simply-instagram.php on line 1074
 8 Gifts Perfect for the Cannabis Enthusiasts in Your Life—For the Holidays and Beyond – Cannabis Maven 
Warning: count(): Parameter must be an array or an object that implements Countable in /mnt/stor7-wc2-dfw1/538952/783402/www.cannabismaven.com/web/content/wp-includes/post-template.php on line 284

Here’s a collection of pot culture essentials for the stoners and midnight tokers you know and love.

The latest national Gallup poll found a 10 point jump in support for legalization of marijuana, up from 48% last year to 55% this year, and the legalization victories in Colorado and Washington last year were remarkable. On top of that, the entire nation of Uruguay made weed legal last month.There’s much to celebrate.

What better time to revel in these victories than the holidays, and what better way than with fun and funky pot presents and “cannagifts?”

Maybe you live in Colorado or Washington where legalization has already kept thousands out of jail and saved taxpayers millions of dollars, or maybe you just want to spread the joy, humor and social style of that surrounds this miraculous herb as the end of prohibition spreads across the country and the world.

Whatever your motives, here’s a collection of cannabis culture essentials for the stoners and midnight tokers you know and love this holiday season and beyond.

Designed specifically for hash wax, High Times testers found the Cloud 2.0 pen easy to use and dependable. It comes in a variety of stealth colors or bold fashion patterns.  The Trifecta can vaporize flowers or hash wax and oil, making it the most adaptable vape pen. DabOTG, designed for hash wax, has a glass dome so you can see the vapors and four adjustable heat settings. The ceramic components make the Dab OTG a good choice for air travel.

The Kasher is a handy lighter accessory, especially useful to pipe smokers and dabbers. A simple metal sleeve fits snugly onto a BiC lighter, keeping it nearby when needed.

Slide the Kasher down the lighter and use the ingenious tool to stir and empty the pipe.  The newest Kashers, made of thicker stainless steel, can be used as a dab tool for concentrates.  They’re easy to clean and easy to reuse and attach to a new lighter. 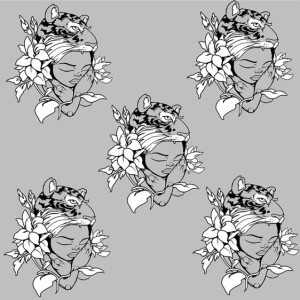 Hemp Hoodlamb coats showcase authentic hemp in a modern, metropolitan style.  From the hemp shell with organic hemp cellulose water proofing treatment, to the soft and warm Satifur liner made from hemp fiber and recycled bottles, Hemp Hoodlamb coats are high quality, and easy on the planet. 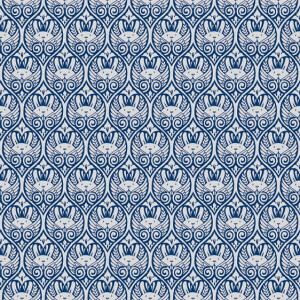 The coats are designed with lifestyle pockets:  a microfiber lined sunglass pocket on the chest, Satifur lined hand pockets, inside pockets for rolling papers and a secret pocket for your stash.  Hemp Hoodlamb coats can be purchased online, but the Limited Edition Sam Flores and Jeremy Fish coats are only sold at Hoodlab San Francisco and Hoodlab Denver.

8. Nug Jar: Sirens of the Sea by Kemmish Pottery

Keep your stash in a lovely handmade nug jar from Washington potters, Kemmish Pottery.  Called Sirens of the Sea, jar depicts two sexy mermaids who perch atop a seaside rock overlooking the ocean and sky. It’s a pleasing handmade vessel with a wide mouth and cork lid.  This object d’art is found at the Hempfest Central online store. All purchases from Hempfest Central support the annual production costs of Seattle Hempfest, the largest cannabis event in the world.