Mother’s High Tea this year was amazing!  Nearly 40 business sponsors supported the 3rd Biennial Mother’s High Tea for women and mothers in cannabis business and legalization. The tickets were hot and the event sold out the week before the event.  The food and tea buffet, fun photo booth, craft and letter writing activities, speaker podium and round seating tables for 200  were arranged in a large, beautiful west facing sunlit room at History Colorado Center. This year, we had our first elected official join us as a speaker and the assembled guests had an opportunity to be inspired by our esteemed lineup of speakers AC Braddock, Diane Fornbacher, Kristi Kelly, and Republican Senator Beth Martinez Humenik.  The event created an opportunity for many happy and thought-provoking memories within the cannabis community.

The organized execution of the event (which seemed so easy) took 5 months of diligent and focused effort to produce. The many successes of this year’s event were possible because of the contributions and dedication from the talented women who comprised the 2015 Mother’s High Tea Committee.  Meet nine other brilliant women of cannabis business and legalization in Colorado.

Mrs. Christie Lunsford, Co-Chair. Christie Lunsford returns to Mother’s High Tea Committee as Co-Chair and Event Master of Ceremonies. Christie, a skilled professional speaker, is a pivotal figure in the Colorado cannabis business community.  I first met Christie in 2010 at early meetings of an (now defunct) infused product manufacturing group. (This was before the first wave of marijuana business legislation.) In the verbal fray of chaotic and charged meetings, Christie would be a voice guiding the discordant group to decisions and offering practical solutions to contribute to the goals of the developing group. 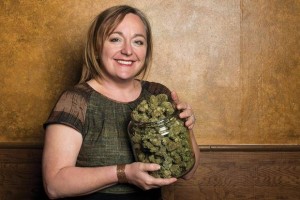 In our introductory conversations, Christie described herself as an advocate. Not a recreational consumer herself, Christie advocates for medicinal cannabis via infused topical and oral (sublingual) products blended with other synergistic and therapeutic herbs. Among Christie’s early industry accomplishments was her role as marketing and media manager for Dixie Elixir & Edibles.  Christie formulated the therapeutic hemp and marijuana products for the botanical line of Dixie products. She also linked the mainstreaming company to the grassroots medical marijuana community and was a pioneer in professionalizing the Denver cannabis community.

Christie has a long legacy of mentoring women and fostering the community within cannabis business and medical circles.  She was an organizer and facilitator of a regularly scheduled women’s networking breakfast, a founding board member of the Women’s CannaBusiness Network (WCBN) created in 2012.  As WCBN changed and developed into Women Grow, Christie was a founding member and even was the keynote speaker at the first meeting in 2014. Many women in the community, myself included, have been encouraged by Christie.

For Mother’s High Tea, Christie developed, sparked and rolled out the Facebook historical women and tea photo campaign to create and reinforce the classy feel of the event. In production, Christie primarily served as advisor. In her performance as MC, her thoughtful tribute to the members of the audience who had dedicated five or more years of service to cannabis legalization was heartfelt and memorable. 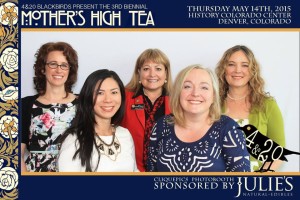 Currently, Christie’s professional advice and development services are sought after by investors and emerging cannabis companies across the country looking to gain a knowledgeable edge in license application process and by startup companies working on cannabis product development.  In addition to her consulting company, Christie is a health and wellness writer for Ladybud.com, a hemp education writer for The Hemp Connoisseur and THC Radio co-host. 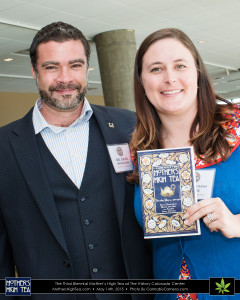 Mrs. Christianna Brown, Graphic Design Chair.  Christianna is a tour de force at The Hemp Connoisseur, the Denver based cannabis culture magazine. As Publisher, Art Director and Graphic Designer, Christianna photographs and designs the monthly covers and designs the content layouts. She also directs sales and marketing. Christianna additionally consults and designs compliance labels for cannabis packaging.  For Mother’s High Tea, Christianna set the elegant tone for the event by designing the graphics for Mother’s High Tea.  She created images for the Facebook page, designed the beautiful postcard invitations, monthly advertisements, 11 X 17 posters, event program and round event stickers for the craft table. 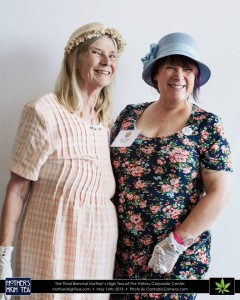 Ms. Sara Conrad: Social Media Chair. Sara Conrad, comes to the cannabis community from a career background in technology. She became an active volunteer in the cannabis community during the Amendment 64 campaign and currently is a booster for NORML, National Cannabis Industry Association (NCIA) and Marijuana Business Association (MJBA). Sara is a social media strategist and adept at social media platforms like Twitter, LinkedIn, Google +, Pinterest Tumbler, Instagram and Facebook– (of course).  For Mother’s High Tea, Sara focused on frequent posting, tweeting and sharing Mother’s High Tea on social media to increase presence and drive awareness (and ticket sales). Sara added value to the event promotions by interacting with the sponsoring companies. 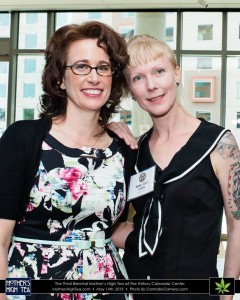 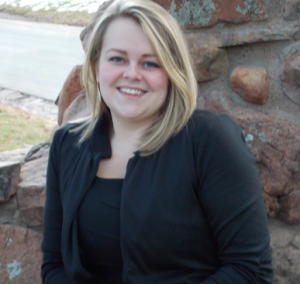 Miss Kara Janowski, Volunteer Chair. Kara, an enthusiastic, kind and ambitious college graduate, has proven leadership skills developed from CU Boulder chapter of Students for Sensible Drug Policy and as Boulder Chapter organizer of Women Grow. Kara additionally is an established event volunteer for NCIA and The ArcView Group. Post graduation, Kara is developing her career in cannabis business and is set to develop and accomplish her goals. For Mother’s High Tea, Kara developed the day of production time schedule and coordinated volunteers at the event. 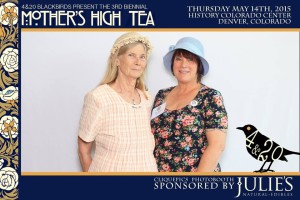 Ms. Caren Kershner, Craft Chair.  Caren is the Executive Director of the Colorado Industrial Hemp Coalition. Caren is a familiar face to the residents of the San Luis Valley and she smartly utilizes her local educational authority as a retired science and art teacher to advocate for hemp agriculture in the valley.  For Mother’s High Tea, she is a dedicated, helpful and kind contributor. Caren developed the multiple activities at the art table, including the tea time word search and coloring pages. Caren contributed a letter to the letter writing table for New Mexico Governor Susana Martinez regarding recent hemp legislation she vetoed from the widely supportive state legislature. 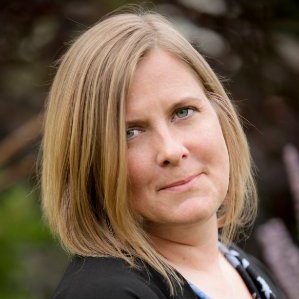 Ms. Jill Lamoureux, Letter Writing Chair. Jill Lamoureux began in the cannabis community as owner of the first licensed dispensary and grow in Boulder County.  In the initial development of cannabis business in Colorado, Jill served on the first state task force for the development of regulations.  Currently Jill is a legislative liaison and regulatory consultant with development accomplishments with Americans for Safe Access, Denver Relief Consulting and Carbon Bond Holdings.  For Mother’s High Tea, Jill, coordinated the event letters written to federal, state and local representatives by the Mother’s High Tea Committee and assembled guests. The purpose of the letter writing table is to continue and foster communication with elected officials on the various topics related to legislative reform. Jill coordinated the event letter writing efforts from notable nonprofit organizations, SSDP and Drug Policy Alliance (DPA) and brought in the inspiration voice of recent DU Economics graduate, Caitlin McKennie for the rousing letter to President Obama. Jill, excitingly was unable to attend Mother’s High Tea this year because she accepted a great opportunity to consult in Israel! 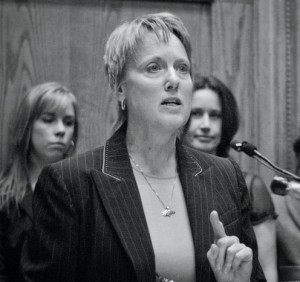 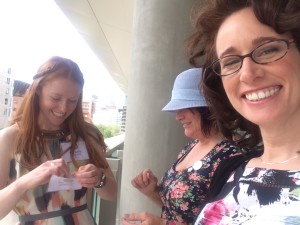 Miss Katie O Block, Sponsorship Chair. Katie, a relative newcomer to the cannabis community, is full of fresh energy as Marketing Director for Surna, an efficiency engineering company for cannabis grows. Katie was effective and professional at communicating and coordinating the event sponsors prior to the event.  She is a fantastic young talent!

These are the amazing women that contributed to the many successes of this year’s Mother High Tea. Everyone, of course, did more than what is specifically featured here, their efforts are significant and appreciated. A toast to the 2015 Mother’s High Tea Committee! 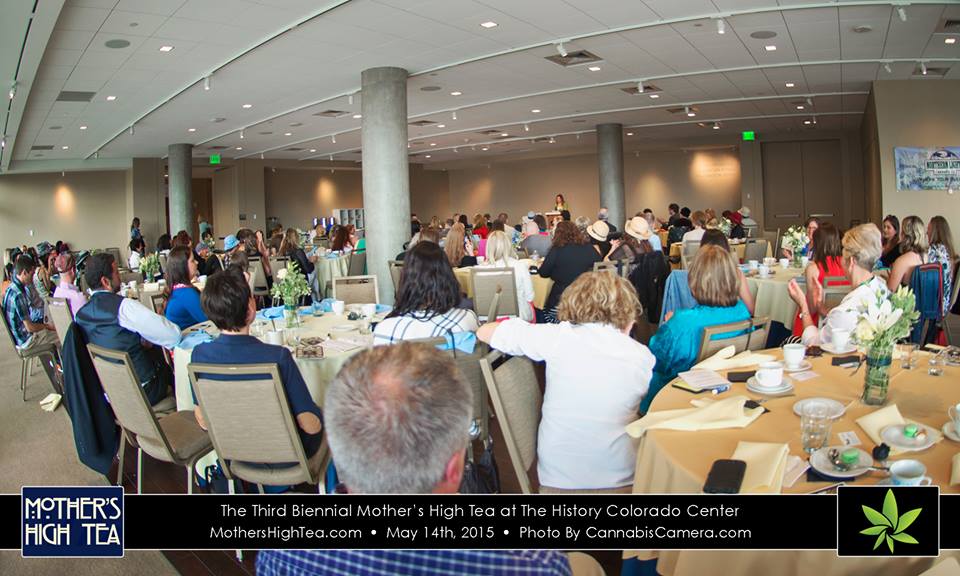